Gdynia Maritime University is the largest state school of higher maritime education in Poland and one of the largest in Europe. Since 1920 the University has been preparing graduates for officer positions on board merchant marine vessels and for managerial positions at the land-based institutions and companies representing the maritime industry and seaside regions. The University four Faculties offer degree in Navigation, Marine Engineering, Marine Electrical Engineering and Business Administration. At present Gdynia Maritime University provides studies for 8000 students.

The programs of studies satisfy both Polish educational standards provided by the Ministry of Education and also the requirements of the International Maritime Organization – IMO. The academic staff – representing doctor of science degree and scientific titles of a professor accompanied, in many cases, by the highest marine diplomas of a Master Mariner, Chief Engineer Officer and Shipboard Electrical Engineer – supported by the laboratory facilities offering 25 specialised simulators and ISO 9001 education quality management system implemented by the University.

The new strategy for further growth and development adopted by the Senate of Gdynia Maritime University will ensure the strengthening of the University role as a worldwide marineoriented centre of studies and training preparing professionals – citizens of the World. 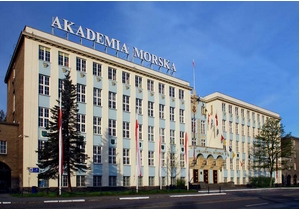